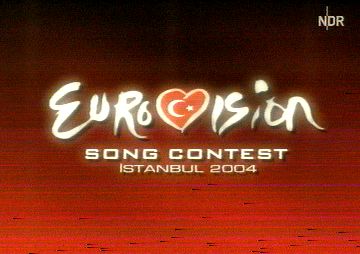 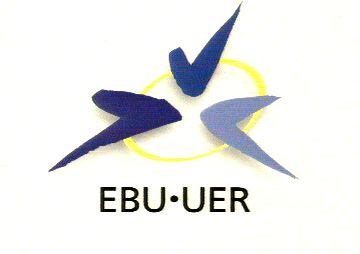 Ever since I can remember, I have been a fan of Eurovision. I've given up defending this against those who aren't enlightened enough to even consider it for its comic value, so I'm not going to explain why I like it. I just do, that's all that matters.

This year, 2004, we saw the introduction of a new part of the contest, the semi final. This allowed us to vote pretty much instantly (well, it took ten minutes but the votes all came in together, without the "Hello, this is Moscow calling" stuff) for which ten of the least-expected-to-win countries would enter the main contest.
Then, on the Saturday night, as always, Istanbul hosted the annual event where twenty two countries sang their entries, and some thirty six countries voted for them.

Now, the voting is what always gets people. Some of the songs suck, but I can say that about some of the songs in the top ten charts. You accept that there are different musical tastes, just like you accept that once in a while you'll see something that was so obviously cloned from Abba. But what really really gets people is the voting. It is political. It defies logic. The televote (for everybody watching can cast their vote by phoning a number corresponding to the song they liked the most) can bring surprising results.
The songs you hope do well get trounced by something a little bit different, or in some cases just awful.
That is why we don't complain at having a third of the show spent on collecting the votes. It builds excitement. It makes you want to open another beer and exclaim "what the f...???"

While I am creating a bit about Eurovision on my website, I wish to publically state my serious and severe disapproval for the removal of the orchestra. I can accept that the rules were relaxed to allow countries to be able to sing in English as most viewers will understand some English (shhh - don't tell France that!) though to be honest some countries get by just fine singing songs in their own language.
But I cannot believe that they got rid of the orchestra and now do the music from a backing track. I think that has harmed Eurovision a lot, as it is now like a big Euro version of TOTP. My eternal gratitude will go to any country with the balls to bring the orchestra back. Will the Ukraine do it? Probably not, but who knows?